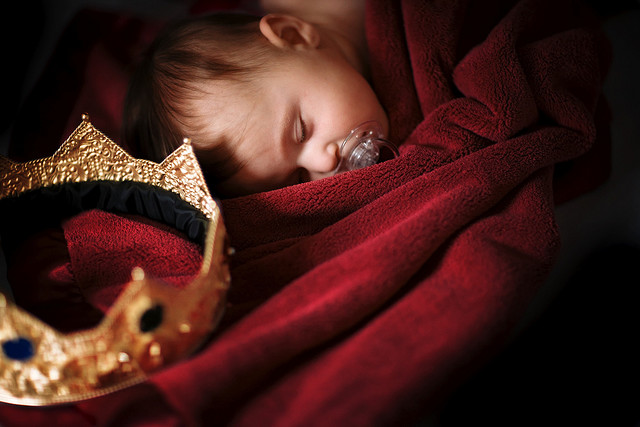 The King and the Maiden
by: Søren Kierkegaard

Suppose there was a king who loved a humble maiden. The king was like no other king. Every statesman trembled before his power. No one dared breathe a word against him, for he had the strength to crush all opponents.

And yet this mighty king was melted by love for a humble maiden who lived in a poor village in his kingdom. How could he declare his love for her? In an odd sort of way, his kingliness tied his hands. If he brought her to the palace and crowned her head with jewels and clothed her body in royal robes, she would surely not resist-no one dared resist him.

But would she love him?

She would say she loved him, of course, but would she truly? Or would she live with him in fear, nursing a private grief for the life she had left behind? Would she be happy at his side? How could he know for sure? If he rode to her forest cottage in his royal carriage, with an armed escort waving bright banners, that too would overwhelm her. He did not want a cringing subject. He wanted a lover, an equal. He wanted her to forget that he was a king and she a humble maiden and to let shared love cross the gulf between them. For it is only in love that the unequal can be made equal.

The king, convinced he could not elevate the maiden without crushing her freedom, resolved to descend to her. Clothed as a beggar, he approached her cottage with a worn cloak fluttering loose about him. This was not just a disguise – the king took on a totally new identity – He had renounced his throne to declare his love and to win hers.

We would like to take a moment to remember the reason we celebrate this most Holy of season – when the God of the entire Universe stepped down from His throne and came to us a baby to love us with His most perfect love.

Thank you for becoming part of the AskDrGarland/BodyasDoctor Family. We look forward to your continued support in bringing health and wholeness to the entire world – one person at a time!

God be with you and Merry Christmas from our homes to yours,