Scientists Make Breakthrough Cancer Discovery
“At the University of California at Berkeley, the Chairman of the Nutritional Sciences Department and the Director of the National Institutes of Health Cancer Research Program were studying the biological properties of Diindolylmethane (DIM), a naturally occurring compound found in Brassica vegetables (broccoli, cauliflower, cabbage, kale, brussel sprouts), when they made a remarkable discovery:

DIM is a potent activator of the immune response system.

Some individuals have asked why not just eat a lot of Brassica vegetables instead of supplementation? Why not change one’s lifestyle to try to enjoy pounds of these vegetables every day?

The answer is the Brassica Paradox.

The best way for one to receive the maximum nutritious value of these vegetables is to consume them raw and uncooked as cooking them in any way destroys the enzyme necessary for the production of some of their premium health promoting phytonutrients, such as Diindolylmethane.

However, this same enzyme is also responsible for the production of certain goitrogenic compounds. Goitrogens are dietary ingredients that get in the way of the absorption of iodine and cause thyroid issues. So consuming large amounts of these vegetables raw and uncooked exposes one to large amounts of goitrogenic compounds which may have a negative side effect on the thyroid gland.

Cooking them thoroughly on the other hand limits one’s exposure to compounds such as Diindolylmethane, which is not goitrogenic, and significantly reduces the nutritional value of these vegetables. This is the Brassica Paradox.”*

This Deserves a Nobel Prize

One of the BIGGEST MYTHS of so called “Modern Medicine”, is: We are all Estrogen deficient.

Nothing could be further from the truth.

Fact is, most of us are flowing over with too MUCH Estrogen!  Where do you think the Breast Cancer Epidemic came from?

The lunatics at BIG PHARMA even got women to take powdered horse urine tablets (Premarin) with a massive false marketing campaign for so called ‘Hormone Replacement Therapy’. Hundreds of thousands of women were stricken with cancer, dropping dead from unnecessary heart attacks and wasted bones.

The REAL truth is this:  Basic daily exercise and a vegetarian/zero saturated fats diet will correct the problem!

Western women (and men) are generally up to their ears in Estrogen due to gobbling down endless amounts of saturated fat, drinking alcohol, not getting any exercise, lack of fiber, and epidemic obesity.

One in eight women you know will end up with breast cancer.  1 in 6 American men will be diagnosed with prostate cancer.

This is largely due to excess Estradiol and Estrone, the two most powerful Estrogens. It is also due to Estriol deficiency – Estriol is the good, safe, protective Estrogen.
END_OF_DOCUMENT_TOKEN_TO_BE_REPLACED 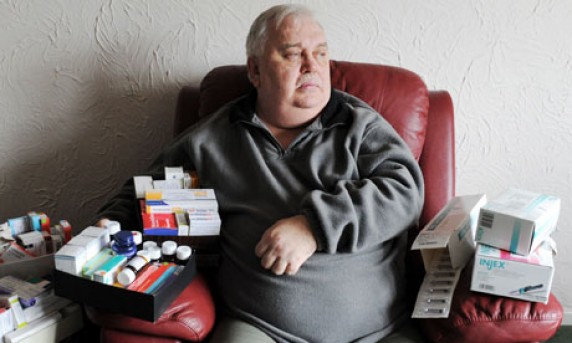 Got Diabetes?  You are not alone.

Statistics tell us 60% of Americans have Diabetes in some shape, form or severity.  Even little kids have it now, thanks to our friends at Coke, Pepsi and McDonald’s – or McDiabetes!

What caused this to happen so suddenly?

“IT’S THE SUGAR, STUPID” – turned up as a graffiti slogan on a school in a run down part of Washington, D.C. I hope Michelle Obama sees it, as she has made obesity and it’s cause, Diabetes, her main mission in life!  She is passionate to save our children from a grim future death.

Is there hope? YES!

Some years back, I was an intimate part of the rescue process for a wonderful man, who was dying a certain death – gangrene and massive obesity.  We used a special formula I created just to treat him.

We’ve brought this formula back, it’s being released TODAY – Just in time.

Sit back and I’ll tell you about why it works faster, more efficiently and with zero side effects, compared to and without modern medicine or drugs. It’s the story of a life saved.

Diary of a Diabetic

Twelve years ago, I gave a speech in San Diego about fighting cancer with natural therapies and no chemo or radiation.  At the end of the speech, a woman introduced herself as a doctor with a patient who needed urgent non-medical help.

Her patient was in a wheelchair, and couldn’t walk because of his massive weight and neuropathy in his feet.  When he pulled up his pant leg he revealed one of the worst cases of gangrene I had ever seen.  His legs were to be amputated in two weeks, right up to his crotch, as the gangrene was so advanced.

END_OF_DOCUMENT_TOKEN_TO_BE_REPLACED 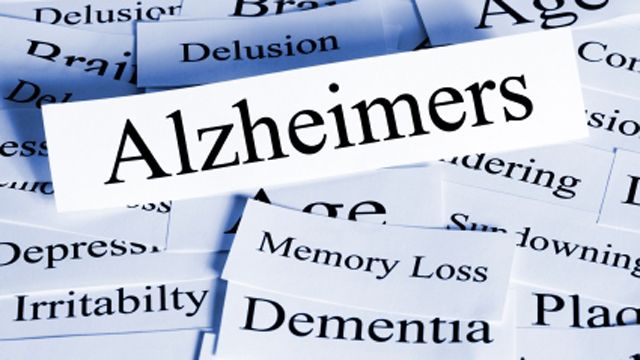 Make sure you are sitting down, because what you are about to read, I think is the most dramatic thing I’ve discovered to “freeze” the aging process.

This discovery has tremendous benefits for the brain and the heart, quite possibly the two most important organs in our body.

Right up there at the very top of the greatest health discoveries of the past 50 years has to be Coenzyme Q10. It is the gasoline that powers the tiny engine inside every cell, the “mitochondria”.

When our cells don’t get enough fuel, they stop functioning – dead in their tracks, just like your automobile.

When people first started supplementing their diet with CoQ10, miracles started being reported, particularly for the heart and cardiovascular system, for the brain, for fighting cancer, even getting wobbly teeth to stay in the gums – the list went on and on.

Yet all this time, CoQ10 has had a shy relative, a cousin known as Idebenone. With voluminous research over the past 20 years heralding Coenzyme Q10, Idebenone was receiving attention only in Japan, where it was developed by Takeda Pharmaceuticals for the study of Alzheimer’s disease and other cognitive defects.

I first came across Idebenone while working with a brain tumor client. We were looking for a way to increase production of “Nerve Growth Factor” to replenish the nerves after an unfortunate operation had gone wrong, and I made an amazing discovery.

Want to know how to avoid brain death? Read on.
END_OF_DOCUMENT_TOKEN_TO_BE_REPLACED 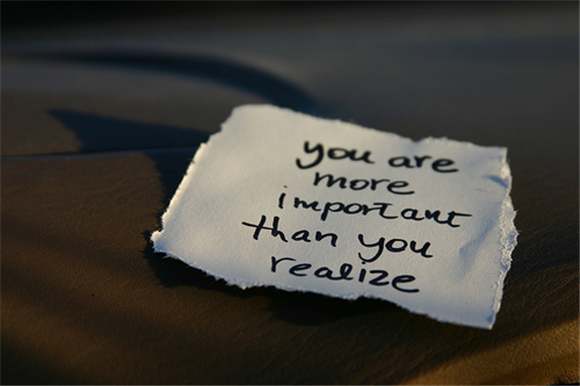 I’ve said this for years.  The best doctor is always your own body.

Recently, we introduced our Clinic Without Walls and the response has been extraordinary.

Giving us the privilege of walking with you through your healing process is the passion of my life and the mission of our entire company.

Your body can heal itself – but most people who are struggling with their weight or depression or even worse, usually don’t have an idea of where to start.  For most, it’s easier just to listen to their physician and let him make all their decisions.  For some, it doesn’t turn out so well.

We created the Clinic in order to train YOU to listen to your body.

Your own body is able to heal you – if you let it.

Give us a month working together, and we guarantee YOU will change your life forever.

Take a moment and listen as several people, just like you, chose to invest in their education and have now changed their lives.

Will you be next? 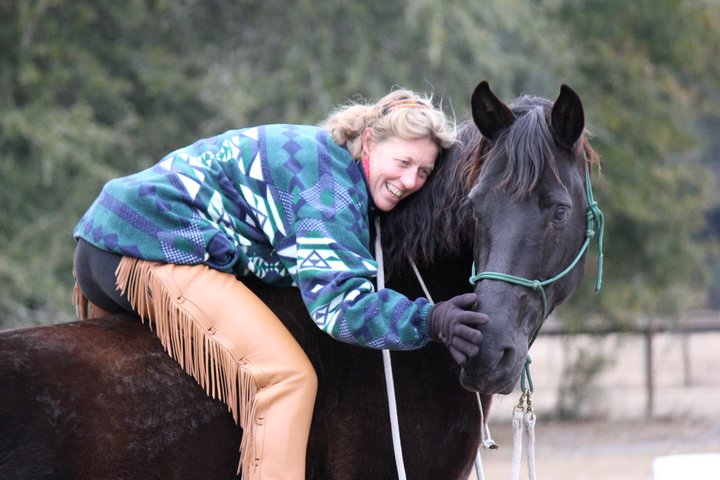 “Hi! My name is Micheline – that’s me on the horse – and I would love to tell you about how I switched to a plant-strong diet and how it’s completely changed my life – in fact, it saved me!

I became interested in changing my diet once I realized Florida’s weather was cooling down and I couldn’t enjoy it anymore due to my new hot flash experiences.

I am very grateful to Wayne, whose advice has been very helpful to me and my family for more than 10 years.

So, I decided to just take the jump, pick up the phone and call.  Wayne and his team explained to me how changing my diet can not only help me get healthy from the inside but will also allow me to enjoy the cooler Florida weather!

The advice about starting a vegetarian diet was very appealing, yet I wondered, how would I be able to make such a switch? How would I keep my hunger at bay? Protein intake is so important! I wanted it NOW, yet my schedule was packed. Where will I find time to gather all the answers?

Luckily for me, when the student is ready, the teacher appears – the Community Kitchen’s protein information article was immensely helpful!

Armed with my personal summary of the article, I marched to the health food store along with all sorts of questions. Voila!  45 minutes later, I had all kinds of never before seen stuff to make very yummy, vegetarian meals.

So, I turned to the Community Kitchen folks again (bless their hearts!) and asked for more help.

Please, please can you assist me with easy, yummy recipes so my husband can also get on board with this new way of cooking.

Bingo! Again, Pamela came alongside me and now, surprisingly (mostly to me!), we have been enjoying some wonderful dinners! I never knew how easy this could be with a little bit of help from these amazing people.

When you get to the point where you want to start experimenting with vegetarian/vegan lifestyle, you need to consider the assistance of these extraordinary folks and get ready for the surprise of your life! My husband still cannot believe the tasty omelets have no eggs in it and tonight we ate the best vegan BBQ ever!

This is honestly exciting and I believe you too will enjoy the process as much as we have.

And thank you Community Kitchen people for making this such an effortless event.”