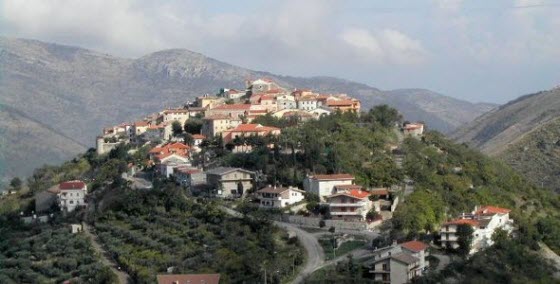 A few years ago, at Christmas, I received a mystery gift from someone unknown. It was a truly wonderful book about the power of diet in triggering extraordinary longevity.

The book was “A Year in the Village of Eternity“, by Tracy Lawson.

Just last week in the middle of a monstrous move of our house and home to a wonderful new abode in the middle of a Florida forest, while unpacking my library, out popped my dogeared copy of this extraordinary, true tale of an unknown village in Italy where people literally “Live Forever”.

Please join with me in reading about this timewarp town and then find our thoughts and formulas that can recreate that nearly timeless gift right in your own self and your own life.

A Year in the Village of Eternity

Apart from the village’s stark, near-primitive beauty, the people who live there truly do seem to live forever. And free of any disease.

When they do die, it is generally of old age.

The village records of Campodimele say that the average life expectancy of both men and women is 95 years and home to an extraordinary number of centarians (people who live more than 100 years.) Compare that with the Italian average of 77.5 years for men and 83.5 for women, and a European Union average of 75.6 years for males and 82 years for females.

Tracey Lawson, an Englishwoman and writer, heard of this amazing time-warp village and decided to live there for an entire year, four seasons, fifty two weeks, 365 days and nights, to see what was the magic that was bestowed on this place and its inhabitants.

The book is not some dry and emotionless report, far from it. Lawson writes with an intimacy of insight that captures the actual fragrance of the forests and plants that engulf the mountaintop. You can practically hear the jingling of the goat bells as she describes a day in the life of the village goat herder as he sings to his flock before they are milked each day.

More than the findings and statistics, Lawson was intrigued by the descriptions of the villagers and their daily lives. Other journalists who had visitied Campodimele portrayed the elderly residents as unusually vigorous for their ages; pensioners who rode push bikes, herded goats in the mountains, worked in the fields from dawn until dusk growing almost all their own food. Reports also told of how octogenarian men whiled away sunny afternoons playing cards under the elm trees in the piazza while their womenfolk gathered at the hen houses, collecting their supplies of freshly laid eggs.

Levels of heart disease, obesity and cancer were practically non-existent. These people it seemed, lived lives longer than any in Europe, but more significantly, they appeared to be able to look forward to a healthier and more active old age than many people anywhere else in the world.
END_OF_DOCUMENT_TOKEN_TO_BE_REPLACED