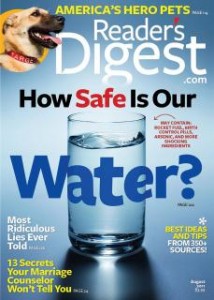 What’s Lurking in Your Water?
Last night we had an incredibly informative interview with Gary Merritt, CEO of Genesis Water Filtration Systems, discussing the hows and whys of protecting yourself (and your  family) from all the contaminants that are present in our water supply today.

Involved in manufacturing water filtration systems for nearly 20 years, Gary is a wealth of knowledge about the different types of filtration medias and systems, and more importantly how to avoid overpaying for pure, clean water.

If you do not have a water filtration system for drinking, cooking and bathing, you really need to stop and ask yourself why. If you are buying bottled water today, you’ll wonder why you are wasting money, when you can make your own for a few pennies (or less) a gallon.

We will publish an in-depth report in the near future, but for now, pour yourself a big glass of water and listen to the interview.

Ninety nine percent (99%) of the requests we get for help each day stem from IMMUNE SYSTEM deficiency problems.

Today’s over-reliance on pharmaceutical drugs and a truly destructive modern-day food supply and diet regimen has literally destroyed our natural Immune System defenses. It’s no wonders overnight calamities like the Bird Flu and Swine Flu wipe out thousand upon thousands of people.

Have you seen the new movie “Contagion”? 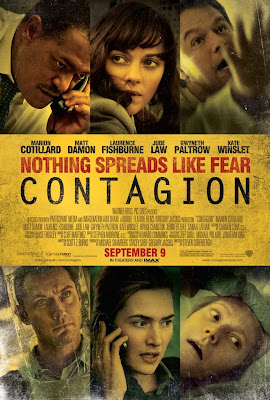 Just released to theaters in September, Contagion is an environmental disaster thriller that follows the rapid progression of a lethal airborne virus that kills within days.

If you haven’t seen it, I recommend you do. It will wake you up with a jolt as to how a major apocalyptic disaster is brewing out there.

We’ve become so accustomed to all of these infections that we take it for granted and that it’s all perfectly normal.

Nothing could be further form the truth! We aren’t supposed to get sick or to be depressed. That’s not in God’s perfect design for life on this planet.

Today, a BRUTALLY STRONG immune system is vital to each and every one of us. Just look at the laundry-list of immune system epidemics all around us:

The overuse of antibiotics has made the problem far worse! Last year, we wrote an in-depth report on this topic. If you missed it, read my article, What’s for dinner – Antibiotics!.

Sitting where I do, the news gets grimmer each day. So many people are sick as a dog, or worse they are in a dire fight for their life.
END_OF_DOCUMENT_TOKEN_TO_BE_REPLACED