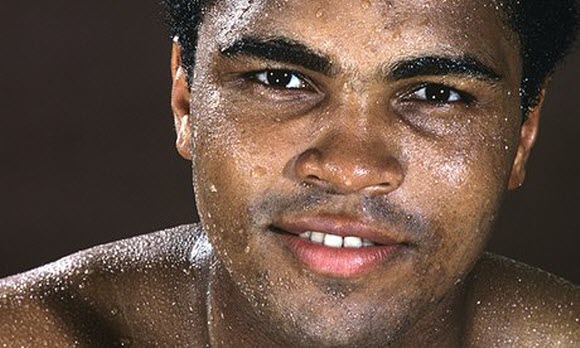 The Russian’s first discovered the benefits of Dimethylglycine or DMG and they used this little-known ingredient as a key supplement for athletes during their Olympic domination in the 1970’s and 1980’s.

Mislabeled for years as vitamin B-15, DMG is an effective energy booster, stamina enhancer, and cardiovascular-building nutrient, as it makes the process of metabolism extremely fast and significantly more efficient.

DMG has demonstrated, through over 40 years of clinical studies, “to dramatically improve the nutritional environment of cells, tissues, and organs of the human body” – so you look and feel younger, no matter how old you are!

Muhammad Ali used vitamin B-15 (DMG) during his reign as the heavyweight boxing champion of the world, claiming it was his Secret Weapon in training.

“Taking supplemental DMG can have a wide range of beneficial effects, including helping the body maintain high energy levels and boosting mental acuity.

DMG has been found to enhance the immune system and to reduce elevated blood cholesterol and triglyceride levels. It improves oxygen utilization by the body, helps to normalize blood pressure and blood glucose levels, and improves the functioning of many important organs.”

But We Didn’t Stop There…

Rhodiola is a powerful adaptogenic herb, in that it has the capacity to normalize body functions and strengthen systems compromised by stress.  It is able to SUPERCHARGE the DMG for a significantly more powerful effect in your body.

These top-secret weapons of the Russian Olympic Teams of the 1970’s and 80’s – beyond a doubt – enhanced their athletic performances without performance enhancing drugs.

It is particularly beneficial for relieving the extreme stressors of training and boosted endurance, energy, and stamina – not just physically – but, also in the brain and central nervous system.

Rhodiola Rosea is also another all-natural anti-depressant. Rhodiola has repeatedly been proven to significantly impact depression symptoms and is also a powerful adaptogenic to help you cope with stress and change

PLUS the Most Powerful Plant Source of Vitamin C

Amla fruit is the most powerful plant source of vitamin C, which helps dissolve free radicals associated with heavy workouts, and turbocharges the other two ingredients, giving you the most unique, effective energy formula on the market today!

Nature’s Energy Secret incorporates 3 relatively unknown, yet powerful ingredients that increase your energy, reduce your stress and make you smarter!

Serving Size: 1 Capsule
Servings per Container: 90
Suggested Usage: As a dietary supplement, take 1 capsule upon rising on empty stomach. Repeat mid-day for additional benefit, or as directed by your healthcare professional.

“I started taking Nature’s Energy Secret last year and immediately felt the effects.  I was calmer and more energetic at the same time!  I can respond to daily stress without it ruining my day, can exercise much longer without getting exhausted, and I have greater mental capacity.  I quit drinking coffee at the beginning of this year and I really haven’t even noticed.  I love this product! Nature’s Energy Secret changed my life!” – Connie, Broomfield, CO