“The split second you were born, God prepared for you a special meal, His “Soup of Life.” This soup held all things needed from the universe to create, sustain and protect life.”
– Wayne Garland

There’s an old healing adage, “God never sent any of us here to be unhealthy or unhappy.”

Our body is God’s finest creation, a true miracle and tour de force of both creation and healing.

Our motto, “Body As Doctor” is a simplistic summary of this extraordinary power we can all tap to prevent disease and heal when necessary.

Today’s message is about one of the most powerful elements in God’s arsenal.

I call it “God’s Vitamin” for its demonstration of what God can do.

If you aren’t taking God’s Vitamin already, please spend 5 minutes or more to read this personal affirmation of what miracles I have witnessed first hand of its unique and clearly, supernatural powers.

But, unfortunately, I’ve found over the years, most medical doctors I’ve met don’t get it.

When I give a speech, they come by afterwards and dismiss my stories of extraordinary healing using God’s powers as Fairy Tale story stuff and not based on “scientific research” and “double blind studies”. According to them, “true healing” was the sole domain of pharmaceutical wonder drugs.

I hope these naysayers are reading this today as this is firsthand proof of a miracle I was personally and intimately involved with. This miracle came as a result of the greatest medical failure in modern history – or maybe even in all of time. God Himself interceded.

With yours truly coming along for the ride, so to speak. 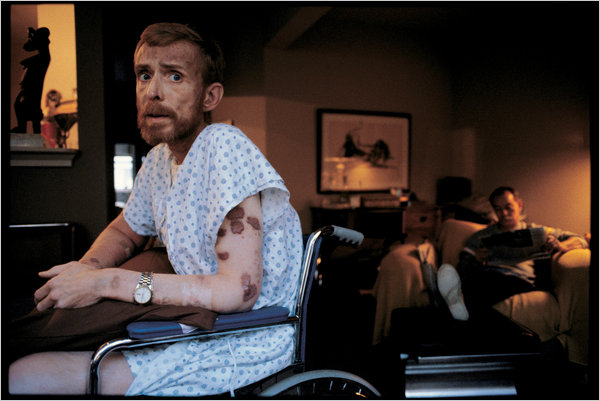 Think back to the 1980’s during the height of the AIDS crisis – the epidemic was killing homosexual men like flies.

The medical and pharmaceutical world was in uproar. Nothing could stop this Gay Plague. Nothing.

To add insult to injury, rumors were flying that AIDS was originally started from a pharmaceutical drug testing failure that caused the deadly virus to jump from monkeys to humans. Other rumors swirled around the homosexual community that the unknown virus was the wrath of God coming against this population.

I knew in my heart nothing could be further from the truth. 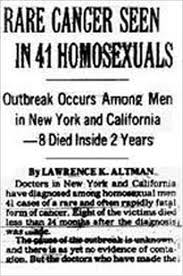 I personally believed there HAD to be an answer to this horror and God would have the solution it if we just looked hard enough.

To test my theories, I volunteered at a famous AIDS Foundation in San Francisco, the hotbed of the AIDS epidemic because of the high homosexual population and lifestyles.

This was the Ashanti Foundation, funded by a billionaire oil man (name withheld by request) and housed in an old but comfortable hotel in the downtown area.

Along with six other students from the National College of Naturopthic Medicine, we gave our services and advice for free in the hope we would find some kind of answer.

Little did we know what lay ahead, for the patients and for us!

To Beat Disease, Fill the Body With Overflowing Life!

My old mentor and teacher in Shanghai, Dr Kong said that the genius of Chinese Medicine was to fill the body with the life and energy of the universe. The disease would be forced to leave.

I took this and theorized: AIDS was at its core a blood disorder, so what would our liquid, ocean-sourced minerals that are bio-identical to human blood plasma do when given to an AIDS patient?

This, by the way, is why I named our extraordinary formula Life Transfusion Liquid Mineral Complex as it is a literal blood transfusion of life itself.

I then added two more miracles from God’s pharmacy.

T-cells are crucial to surviving AIDS or any immune disease, so I asked God what would he use and he told me that Zinc, the essential mineral element, is what the body uses to manufacture T-Cells in the Thymus gland.

As providence would have it, a young researcher in San Francisco had just developed, what he thought to be, the most powerful Zinc in the world and donated it to us to use, for free. (Now known as OptiZinc by InterHealth Nutraceuticals.)

Then a wild thought I had stored away for future use popped into my head – “Light Therapy!”

The clinical university where I had studied in Pusan, South Korea advocated special “light therapy” on all their patients. Everyday, stark naked men and women, most fighting cancer, would lie prostrate under the early morning sun for 20 minutes, back and front.

This was, as the esteemed director of the clinic told me, to “fill the body with the energy of the furnace of life itself that comes from our Sun.”

Today, this idea is a scientific fact, because we now know sunlight is taken into the body and turned into a hormonal steroid vitamin called D3!

But San Francisco is a town enveloped in fog, not sunshine! What could we do?

Again, God sent a messenger with the answer in the form of nutrition formulas donated by a small company in Utah with extremely high D3 in tablet form for us to use – and so the journey began.

The D3 turned out to be the crucial key to the entire program and its success! We now know D3 is absolutely necessary for the body’s ability to turn ON T-Cells in the blood like a light-switch.

No D3 = No T-cells = A vital piece of the AIDS puzzle as T-cells are a patient’s lifeline.

To ensure scientific verification, I enlisted the help and guidance of a wonderful humanitarian doctor in Salt Lake City, Dr. Dennis Harper and his famous cancer clinic.

Dr Harper watched us like a hawk and did all the blood work and verifications of what was happening.

He even donated not just his time for free but also the use of the famous Gaston Naessons microscope that could analyze blood samples right down to the very somatid level, or beginnings of life in the body.

The results were breathtaking!

At the end of the 10 month trial, none of the patients on God’s vitamins had succumb to the disease. Not one of our patients died. Not one.

What happened to the control group on AZT? They suffered a 60% mortality (death) rate, as was the standard at that time.

As Dr Harper commented at the time, “God just pitched a shutout!”

GOD’S VITAMIN: ARE YOU TAKING IT?

Some of you have probably read or the extraordinary books by Neale Donald Walsh called Conversations with God. The books will change your life and your relationship with God, that’s for sure. I’ve used them often.

In one conversation I had, I asked God why was it, with so much brilliance in the world of medicine, pharmaceuticals and nutrition, that disease still proliferated – and some diseases, long thought to be cured, were now returning in epidemic proportions – diseases like cancer, heart disease, diabetes, arthritis, dementia, Alzheimer’s, etc.

And while these were once the diseases of the elderly, they were now affecting the very young, even babies.

The situation is dire and getting worse by the day. Hospitals are overflowing. Doctors can’t cope and don’t know what to do anyway. Drugs are ineffective and repeated use cause dangerous, long-term side effects. The cost of medicine is bankrupting the country and there’s no end in sight.

None of this should be happening!

All of these conditions are caused by a chronic lack of God’s Vitamin, vitamin D3. There is an answer and it costs next to nothing per day!

Do you think the medical and pharmaceutical industries want to you to know all this?

Of course not! Billions and billions of useless drugs are at stake if you start taking God’s Vitamin!

“Look after yourself at all times, no one else but God will.”

This formula is one I’ve been working on all my many long days on the Road to Healing and Happiness.

Someone told me once, no one should be unhealthy, nor should they be unhappy. God didn’t send any of us here for that to happen. Yet, those two conditions are what plague a vast majority of people today.

I think this single formula in its own way, is one giant step for mankind in solving these terrible problems. Please try it as soon as you can, and thank God when you do, He made it.

One Reply to “"God Just Pitched a Shutout!"”