Do you remember the egg recall last month where two “factory farms” in Iowa were forced to recall over one-half a billion eggs contaminated with salmonella? (Yes, that’s Billion!)

Well, just a few days ago I received an email from Gianni Stefanini, Owner of Apollo Olive Oil in northern California (they have the best organic olive oil – visit their website) and I just had to share it with you.

His email hits on so much of what I believe in as the root cause of all diseases impacting Americans today and why our message of “Body as Doctor” and that the food we eat is so vitally important – not only in the recovery of any illness or disease, but in preventing illness and dis-ease in the first place!

When Something is Not Good – It is Always Too Expensive

The recent outbreak of salmonella poisoning that caused 500 million eggs to be recalled has people wondering about the integrity of our food supply.

In fact, this catastrophe is merely the latest in a string of huge recalls. Just this June, 28 million boxes of cereal were recalled by Kellogg’s; in early 2008, 143 million pounds of beef were recalled by a California company; and in 2006, more than ten million portions of salad were withdrawn from the market. 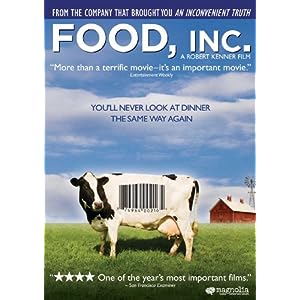 There are two excellent resources that reveal the truth about why these outbreaks occur.

The movie, Food Inc., and the book, Animal Factory, document the harmful effect of modern practices in two key areas: price and safety.

While many are vaguely aware of the dangers of factory farming few know the details that will cost our society so dearly.

(Dr. G’s comment: If you have not yet watched the movie Food, Inc., I strongly urge you to do so – and do it with your entire family.)

Most people know the corn industry in the US receives government subsidies, but don’t know what that equates to in real terms. Corn farmers using genetically modified seeds and the latest in farming technology can achieve yields that are much higher than those of our grandfathers. Of course, this technology is very expensive, making farmers plunge neck-deep into debt before their first harvest.

And yet, corn is one of the cheapest foods available. Is that simply because the costs (which are usually based on acreage) of farming are lessened by the enormous yield? Partly. While the cost of producing a bushel of corn is not all that much, it is still sold for less than that meager sum.

So what keeps farmers in business? Subsidies: they make up the farmers’ loss, and constitute 100% of his profit. Because corn is used in one form or another in almost all fast foods, processed foods, and animal feed, the subsidies allow those industries to go to market at a greatly reduced price.

This creates the illusion that food grown on a small organic farm is extravagantly expensive, while the reality is much different: good food is simply covering its own costs, without any help from the government. But there is a second, and even bigger, illusion that is created: that food can be cheap.

When food is mass produced, and arrives at your grocery store for a “cheap” price, you are simply putting off paying the whole price, which may well be more than healthier alternatives. Just like a credit card, the interest will accumulate over time, and the added costs of unhealthy food will weigh down our society. What might be saved in buying “cheap” food is repaid tenfold in medical expenses, caused by the fact that consuming such food can be detrimental to your health.

Factory farms are built with only one thing in mind: profit.

Why waste money on space for animals, when they won’t die with less? The result is a facility where so many animals live in so little space, that the land is unable to absorb their waste. When cattle are taken from such places to be slaughtered, their legs and under-sides are often covered in excrement, a rich breeding ground for all manner of diseases.

It’s surprising that such a system can produce anything other than contaminated food. In an attempt to reduce the number of large outbreaks, factory farms feed the animals massive amounts of antibiotics, in turn creating resistant strains of bacteria that move into the general population.

(Read our article, What’s for Dinner – Antibiotics!, for more insight into this – and how factory farmers are creating SuperBugs resistant to antibiotics.)

In contrast, small farms cannot afford the initial capital investments required to run such an operation. It is actually less expensive for the small farmer to use grass fed free range farming techniques, avoiding all the high-tech causes of disease the large factory farms are subject to.

Diversity is practically synonymous with health. A collection of small farms has diversity built into its DNA. It may be more expensive but it is because we are paying for healthier, tastier food and healthier farm land that will be here for generations. Educating ourselves about our food supply might just save our lives.

Wake Up, the Dream is Over

The illusion that food can be cheap, easy, and good has faded, and those who haven’t realized this are living in a dream world.

For forty years, our country has been fed by this illusion, and for forty years America has been getting sicker: 70% of the population is overweight, with one third of our citizens obese. Diabetes, heart disease, cancer, and weak immune systems are affecting an enormous number of people. This situation has been brought about by the illusion of cheap, mass produced, fast food.

So in our case, when you buy a bottle of olive oil, try to remember where it came from, where and how it was produced, how the trees have been farmed, and how much you know about the oil versus what is written on the label.

If you’ve stayed with us this far, watch this fabulous video prepared by Slow Food USA on everything we’ve just discussed. And then sign their petition to Congress calling for food safety to ensure the health of all Americans.

As always, “Here’s to Your Contagious Health! ”