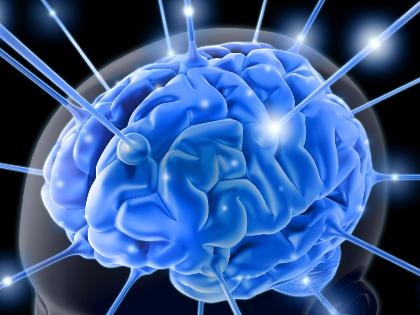 We’ve discovered not one, but 3 brain anti-aging “magic bullets”.

Just one of these compounds can turn back the hands of time inside your head. We’ve combined all three incredible natural compounds into our new & improved Mind Power formula, as well as a veritable smorgasbord of brain-smart nutrients to create what I call the “Einstein Pill”.

With early-onset Alzheimer’s and dementia both now at epidemic levels, this latest breakthrough from our research team heralds a truly groundbreaking means of keeping your mind young, functioning clearly and remembering things just like when you were a teenager.

Read on and see if you agree with me.

If your Brain “goes”, everything goes!

While every single organ in our body is essential to life, without our brain, none of our other organs will function. The brain is our body’s personal computer. It actually “thinks” for us, an invisible action, but one with the power of Infinity itself in its capacity.

In fact,when we die, the death certificate does not say your heart stopped beating or your lungs ceased breathing, it will say “the brain has lost all electrical activity.”

And while we don’t mind putting on extra pounds as we age or putting up with wrinkles, none of us wants to have an old and feeble brain.

In fact, the most feared aspect of aging in research studies of every age group in the population, is losing our ability to think and coming down with Alzheimer’s or early-onset dementia.

A report from Australia hit my desk that said an unknown substance had been found to reverse aging in brain cells!

The report was all about a substance called ”Carnosine“. Like you, I’d never heard of it before.

It seems that the Russians , uncovered this Carnosine way back in the 1900’s. Since their research is only published in Russian, the news media in America did not pick up on it until just recently.

But the big news, was the Australian research showed how cells lived nearly twice as long with Carnosine added. But it doesn’t stop there. In terms of “cell life” the increase was an astounding 300%. The cells treated with the Carnosine attained a lifespan of 413 days, compared to just 136 days for the untreated cells!

In addition, the Carnosine-treated cells rapidly demonstrated increased cell lifespan, even for older cells. It was as if the fabled “Fountain of Youth” had been poured onto the cells!

What does all this mean when translated to the entire human body?

Once you understand the extraordinary powers that Carnosine commands over the aging process and the role it plays in controlling and actually preventing aging occurring in every part of the body from wrinkles on the skin to Alzheimer’s in the brain, it truly marks this discovery as the single best thing yet in “turning back the clock” and living far longer, free of disease.

Most of us have probably never heard of “DMAE”.

DMAE is short for “Dimethylaminoethanol”, a naturally-occurring element that super-enhances the brain chemical “Acetyl-choline”, the crucial memory fuel. But DMAE does far more than that.

In clinical trials it has been shown to remarkably enhance brain function when taken daily.

DMAE is an ideal complement to the Carnosine in reversing brain aging and has been shown to do a staggering number of things:

Acetyl-L-Carnitine or “ALCAR” as it is often abbreviated, is a true high-octane, natural fuel source to get the brain running on all cylinders, and a perfect complement to both Carnosine and DMAE.

As the brain is a high energy factory, ALCAR is a dramatic supply line of the fuel to make this factory hum with activity.

Look at what it can do:

Is this the single most powerful brain anti-aging formulation ever created?

One of the great adages of natural healing is:

Think about that for a moment. And then click here to order your bottle of Mind Power before you forget!

Thank you and God be with you always.