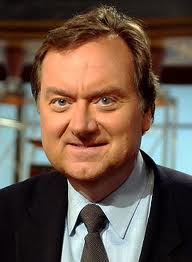 Tim Russert’s death two years ago, June 2008, at just 58 years of age was deeply unsettling to many people who, like him, had been earnestly following their doctors’ advice on drugs, diet, nutrition and exercise in hopes of avoiding a heart attack.

I don’t know about you but I’m pretty sure you find Sunday mornings and “Meet the Press” just aren’t quite the same without his beaming face bringing us the inside stories of what is “really happening” in the corridors of power in Washington.

Just this month, a major research report came out that chillingly echoed the autopsy results into Tim Russert’s death.

If you’re taking a calcium supplement or know someone who is, read and forward today’s important Health Alert.

Excess Calcium could be Killing You

What killed Mr. Russert was a “plaque” rupture. A fatty, pimple-like lesion of plaque composed of fats, cholesterol and CALCIUM, residing in a coronary artery. The lesion burst and as the body attempted to repair it, a blood clot formed which blocked circulation to part of his heart muscle, causing a heart attack.

Unfortunately heart attacks happen all the time in the United States, impacting 1.2 million American’s each year, killing nearly one-half at of all sufferers.

In Mr. Russert’s case, the heart attack led to a second catastrophe, an abnormal heart rhythm that caused cardiac arrest and quickly killed him. An electric shock from a defibrillator might have restarted his heart if it had been given promptly when he collapsed at his desk. But it was apparently, tragically delayed.

A new meta-analysis research study published in the British Medical Journal on July 29th (just last week) proves that when calcium is taken alone, without it’s “partner” biofactors, the calcium accumulates in your arteries, increasing your risk of heart attack!

A CT scan of Mr Russert’s coronary arteries showed a dangerously high calcium score of 210, indicating artery disease. Healthy arteries do not have calcium deposits! Instead, the calcium is inside the bone marrow factory, where it should be, busy making strong bones, teeth, tendons, ligaments and muscles.

The new study, led by Professor Ian Reid at the University of Auckland, is a meta-analysis of 15 randomized trials on calcium supplements conducted in the last twenty years, with the aim to investigate the links between calcium supplementation and cardiovascular events.

From analyzing the data on 12,000 people involved in the 15 trials, the researchers found that calcium supplements actually increased the risk of myocardial infarctions (heart attacks) by 30 percent!

No wonder heart disease is our number one killer – we are killing ourselves when we think we’re saving ourselves!

Calcium Conversion: The Miracle of Magnesium, Vitamin D3 and K2

Those of you who know me or have heard me speak, you know all too well of my passion for minerals, particularly Magnesium. (If you have not read my book: The Key to All Health and Healing, I urge you to take a moment right now to download and read it.)

Did you know that without Magnesium, it is impossible for the body to convert calcium into usable nutrient?

Think of the body as an “ark” where everything goes in two by two. Each mineral has a partner and for calcium this partner is magnesium, potassium works with sodium, chromium works with vanadium and so on. Unless the support team is complete, disaster strikes. Such as what this major study has confirmed. And Tim Russert and thousand upon thousand of other poor souls losing their life also doubly confirms.

Once ignited by the magnesium, the calcium then needs the presence of vitamins D and K to do its total job.

No doubt you’ve heard me preaching about vitamin D, listened to Dr Oz on Oprah or his new health show, or heard Dr. John Cannell, Executive Director of the Vitamin D Council on the radio – that’s how vitally important and newsworthy vitamin D has become.

But to many doctors and researchers, Vitamin K is “the forgotten vitamin”. But not to us! Think of vitamin K as the key that unlocks the door to the bones, letting calcium in. Without the key, calcium doesn’t get in. This is the final, finishing touch on the mysterious magic of the body in operation in remaking its bones and fueling bone marrow production.

The Most Powerful Vitamin D3 Formula in the World

This latest research study has created a hornet’s nest in the media, and what it clearly shows is a lack of education among doctors and a failure to protect their patients from sudden, fatal heart attacks like what happened to Tim Russert.

We’ve been preaching about the necessity and importance of minerals and vitamin D for what seems like 20 years now, mostly to tone deaf ears in the medical establishment.

At the beginning of this year, we introduced a super-powerful vitamin D formula that is now being hailed as The World’s Most Powerful Vitamin Pill, delivering incredible synergistic benefits ranging from building strong bones, improving cardiovascular health and antioxidant protection combining:

At a giant 120 capsules per bottle, with a serving delivering 5,000 iu of vitamin D-3, the amount proven to be the minimum intake each adult needs each day to maintain adequate vitamin D, one bottle will last two months – that’s just $16.50/month!

“Vitamin D helps the body “absorb” calcium and vitamin K2 “activates” the proteins responsible for directing the calcium to the bones where we want it and out of the arteries where it can have detrimental negative effects,” said chief executive officer, Morten Sundstø.

The world of Calcium Nutrition has been redefined – what our customers are saying:
“My feet hurt so bad, I could barely walk. In just 2 weeks your Ultra D3 took all the pain away. I thank you and God for this formula.”
Ellason Castiglione, Hot Springs, AR

“I tried prescription vitamin D and other supplements, but they didn’t have much effect. After only a month of taking your new Ultra D3+K2 formula, my vitamin D blood level rose from 48 to 99 ng/mL. My doctor was so impressed – he couldn’t believe it!”
Polly Bart, Tucson, AZ

“This formula has changed my blocked arteries so much I’ve moved back to Colorado to chop wood and climb mountains.”
Buster Dennis, Colorado Springs, CO

One Reply to “Famous newscaster killed by Calcium supplement?”