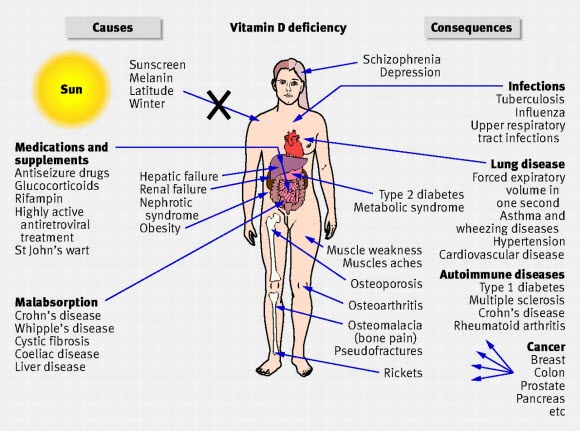 Why do I call Vitamin D “God’s Vitamin”? Because amazingly, your body makes it from the power of the sun, through your naked skin!

It’s not some slick bit of promotional trumpeting just to get your attention. It is as essential to your life as oxygen. It truly is a miracle of God’s creation and skimping on it, or not taking it at all, means your body is lacking the actual fuel for longevity and freedom from disease.

But doctors have convinced us to stay out of the sun. We spend most of our time working indoors now, crouched over computer screens, and we even exercise at indoor gyms. With all this time spent inside, the body needs supplementation – daily!

Today we reveal why Vitamin D “turns on” our immune system, saving us from unnecessary disease.

Vitamin D – The Precursor to all Health

For some time now, scientists have been baffled by the invisible power of Vitamin D on the immune system, particularly on diseases like Multiple Sclerosis, Lou Gehrig’s Disease, Parkinson’s and worst of all, Cancer.

How did the presence of Vitamin D have such profound power in defeating these diseases without drug intervention?

“Vitamin D is vital in activating human defenses. Low levels, suffered by around half of the world’s population, may mean their immune systems’ killer T cells are poor at fighting infection”

Scientists find why Vitamin D, the “Sunshine Vitamin“, is Crucial

The findings by Danish researchers could help the fight against infectious diseases and global epidemics, and could be particularly useful in the search for new vaccines.

The researchers found that immune systems’ killer cells, known as T cells, rely on Vitamin D to become active. They remain dormant and unaware of the possibility of threat from an infection or pathogen, if vitamin D is lacking in the blood.

“When a T cell is exposed to a foreign pathogen, it extends a signaling device, or ‘antenna’, known as a Vitamin D receptor, with which it searches for Vitamin D,” said Dr. Carsten Geisler of Copenhagen University’s Department of International Health, Immunology and Microbiology, who led the study.

“This means the T cell must have Vitamin D or activation of the cell will cease. If the T cells cannot find enough Vitamin D in the blood, they won’t even begin to mobilize.”

(My comment: Stop and read the quote by Dr. Geisler again. Without D, there is no T cell activation – which means no immune system!)

Scientists have known for a long time that Vitamin D is important for calcium absorption, and that there is a link between levels of Vitamin D and diseases such as cancer and multiple sclerosis.

“What we didn’t realize is how crucial Vitamin D is for actually activating the immune system.” Geisler wrote in the study in the journal “Nature Immunology”.

Most Vitamin D is made by the body as a natural by-product of the skin’s exposure to sunlight. It can also be found in fish liver oil, eggs and fatty fish such as salmon, herring and mackerel, or taken as a supplement.

Almost half of the world’s population has lower than optimal levels of Vitamin D and scientists say the problem is getting worse as people spend more time indoors.

Geisler, and his research team, said the findings offered much-needed information about the immune system and would be of particular use when developing new protocols.

“This is important not only in fighting disease but also in dealing with anti-immune reactions of the body and the rejection of transplanted organs,” the researchers wrote.

Active T cells multiply at an explosive rate and as well as fighting infection, can also mistakenly attack the body itself.

After an organ transplant, for example, T cells can attack the new organ as a “foreign invader.” In autoimmune disease, hypersensitive T cells mistakes parts of the body’s own cells as threats, prompting the body to attack itself.

Geisler said there were no definitive studies on the optimal daily vitamin D dose, however, experts recommend 25 to 50 micrograms. (My comment: This amount is woefully inadequate!)

The Most Powerful Vitamin D Formula in the World

To a researcher and a passionate believer in Vitamin D therapy, this is simply ground-shattering information.

“Without sufficient Vitamin D3, the T-Cells (the front line of immune function) cannot be activated into action”.

It’s as if the body’s electrical control-board has all the breaker switches turned off.

I find it interesting that the mainstream media has had little to share about this report. We now know why all the “super vaccines” and even natural herbs and potions aren’t working.

It’s the Lack of Vitamin D

We pride ourselves on being the very first naturopathic formulations company to introduce therapeutic-level Vitamin D dosages to America. Many of our customers have had nothing but rave results. That’s why we sat down and created the most amazing D formula in the world.

We call it Ultra D3, and without a doubt, this is the most powerful and synergistic Vitamin D formulation available, combining 5000 iu’s of vitamin D with vitamin K2, and vital co-factors Magnesium, Boron, Zinc, Trace Minerals and Beta Carotene, the precursor to vitamin A, to deliver incredible synergistic benefits ranging from building strong bones, improving cardiovascular health and antioxidant protection.

Serving Size: 2 Capsules
Servings Per Container: 60
Suggested Use: As a dietary supplement, take 2 capsules daily with a meal, or as directed by your health care professional.

*While these foods will assist in Vitamin D intake, many vegan and vegetarian sites recommend additional Vitamin D supplementation to keep your levels up.

What our customers have to say…

“I’m thrilled with this product. I had all of my mercury fillings removed. I had NO ill effects from having this done. I think it’s the fact that I had the detoxing effect of the products. I also love the Shark Liver Oil and the Miracle of Life.”

“I can’t remember the last time I have been sick – and everyone in my office got the flu this year – EXCEPT ME! I just recently had blood work done and my Vitamin D level is at 100!”

“Thank you so much for all the research you do! The Vitamin D Pregnancy Scandal article hits home for me, since I was severely Vitamin D deficient during my last pregnancy, without knowing it. My baby developed pectus excavatum at about 10 weeks old (it’s a sinking of the sternum).

After doing my own research, I found out that it could be due to a Vitamin D deficiency. I asked the pediatrician to test my baby, but she wouldn’t, she just said that I could supplement her with 400 iu baby drops that I could get at Wal-mart. I then had my midwife test me for Vitamin D level and mine was 17 (which is extremely deficient).

After contacting you, you told me to be on at least 4,000 iu’s a day, (which the medical community would roll there eyes at). Since then I have been taking your Vitamin D supplements (I take 5,000 to 10,000 iu’s daily) and give Vit. D to my whole family. My levels are normal now and my daughter (age 2) is doing good.

I’m pregnant again and I make sure to take my Vitamin D daily! Thank you for all the wonderful advice you’ve given me and for your incredible products! Feel free to pass this e-mail along to anyone who might be interested. Thank you so much and God Bless!”