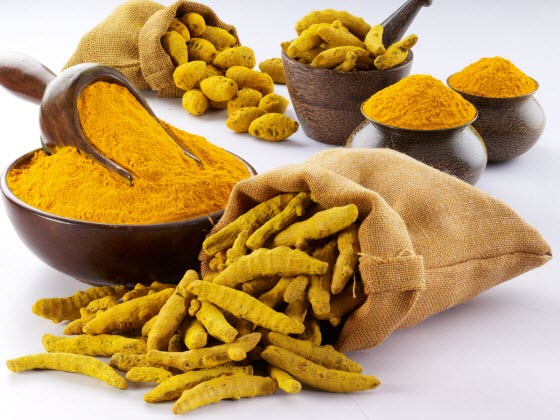 Natural Anti-Cancer Spice – and so much more!

In my travels years ago in India searching for a cure to my own cancer, I came across an incredible story of the power of certain curries. I was told that if you ate these curries every day, disease would never happen to you, particularly cancer. I took their advice and started eating these curry dishes, as their cancer rates were one-sixth that of America and other parts of the world.

Tumeric has been a staple of Indian cooking for literally thousands of years. I fell in love with it when studying and fighting cancer in northern India nearly 30 years ago.

Now, all this time later, the scientific world has woken up to Tumeric’s powers.

Read on to learn all about this wonderful, magical spice, and the health benefits it contains.

Inflammation: The Root of nearly All Disease

Do you wake up in the morning with pain that seems to be everywhere and just won’t go away?

Have you asked your doctor to help, and they say they cannot find anything wrong?

You are not alone.

What you are experiencing is the secret epidemic of INFLAMMATION. It is highly dangerous and the common denominator in just about every serious disease condition today.

Inflammation has been implicated in a variety of diseases like:

Inflammation normally is a good thing, enabling our bodies to ward off disease-causing bacteria and viruses, such as when we catch a cold or the flu, or get a splinter in our finger.

The core of this problem is the body’s own over-enthusiasm to protect itself. Whenever stress levels become overwhelming, whether from emotional stress at work, the loss of a job or loved one, financial stress or even over-exertion from exercise, the body triggers a cascade of signals to the immune system which then goes into overdrive to protect itself.

When this continues day in and day out, inflammation explodes and becomes like a forest fire in the blood and tissues. Doctors are baffled in treating it, and drugs don’t ever seem to help their patients – because they don’t get to the root of the problem.

What’s the Answer to Inflammation? Curcumin

Curcuminoids have been found to help the body’s immune system clear away the build-up of plaque from Beta-Amyoid deposits (which is the foundation of Alzheimer’s) helping to bring the brain back to operating clarity.

The famed M.D. Anderson Cancer Clinic sees promising benefits in Curcumin for cancer treatment, as well. In a small eight week clinical trial conducted in 2008 with 25 participants, they found that Curcumin temporarily stopped advanced pancreatic cancer growth in two patients and substantially reduced the size of a tumor in another patient. The study was published in the journal Clinical Cancer Research.

Instead of causing far more side effects than ineffective medications (as is the case for most patented pharmaceuticals), turmeric curcuminoids possess hundreds of potential side benefits.

Exhaustive research and use, dating back over a thousand years, shows its unique anti-inflammatory action through no less than 160 physiological pathways in the body.

Some of the most amazing demonstrated properties include:

What is so amazing is not that turmeric curcuminoids may have value in dozens of health conditions simultaneously, or that it may improve conditions that are completely resistant to conventional treatment, but that there are over six hundred additional health conditions it may also be valuable in preventing and/or treating.

Modern science has discovered what the Indians have known for a millenia; the turmeric root (the common spice used in curries that gives it the bright yellow coloring) contains a special compound called Curcumin with remarkable qualities as an antioxidant and anti-inflammatory agent, as well as recent discoveries beneficial for Alzheimer’s and cancer.

Cut off the “fire” of inflammation before it gets out of hand. This is a formula everyone needs to take every day whether fighting a disease or not. The benefits are just too enormous to miss out on. I don’t miss a day of 3 capsules.

Through a special relationship developed in India, we have the ability to share with you the patented “Super Curcuminoid” formula from Sabinsa Corporation (US patent #5,861,415) called Super Curcumin C3 Complex.

Suggested Usage: As a dietary supplement, take 1 tablet one to three times daily with water, with meals, or as directed by your healthcare professional.

Research studies over the last 10 years are now showing that chronic inflammation, whether due to physical or prolonged emotional stress, may be the engine that drives many of the most feared illnesses of middle and old age

Age-Less contains a potent blend of herbs like Holy Basil and Turmeric as well as anti-aging compounds, to promote a healthy inflammatory response in the body. Age-Less can be used daily for the support of vascular and general health, or occasionally to alleviate aches and pains.

Serving Size: 2 vegetarian capsules
Servings per Container: 45
Suggested Use: As a dietary supplement, take 2 capsules, 1-3 times daily on empty stomach or light snack, or as directed by your healthcare professional.