“If I could say one thing to people, it would be: Please don’t get diabetes as bad as I did.  I almost died.  My blood started to rot and turn black from the sugar, and I had Black Gangrene up to my crotch.  The doctors will probably tell you the only option you have is to amputate your legs and then, they might just keep amputating until you have nothing left, like they did to Ella Fitzgerald.  Dr. G told me that wouldn’t happen to me – and I’m LIVING PROOF, it didn’t!”
– Richard Weaver

Twelve years ago, I gave a speech in San Diego about fighting cancer with natural therapies and without chemo or radiation.

At the end of the speech, a woman introduced herself as a doctor with a patient who needed urgent non-medical help.  Her patient was in a wheelchair, and couldn’t walk because of his massive weight and neuropathy in his feet.  When he pulled up his pant leg he revealed one of the worst cases of gangrene I had ever seen.  His legs were to be amputated in two weeks, right up to his crotch, as the gangrene was so advanced.

I told them about an idea I’d been working on to test to see if I could help someone fight off Diabetes.  I was excited to test my theories, and also show how easily Diabetes could be conquered!

Richard Weaver lived in Los Angeles, was an ex cop and had lived a highly abusive life, but deep down you could see he was a great human being.

So we went to work.

To cut a long story short, in just ten months of intense experimentation, massive dietary changes, daily exercise in the pool and my prototype formula, he totally turned around.

His legs returned to normal pink color and the gangrene dissolved away. He didn’t need insulin shots, as we stabilized his blood sugar with a combination of amazing, unknown mineral compounds, and an ancient Ayurvedic Indian remedy for high blood sugar levels and diabetes known as the “Sugar Killer” that I found while studying in Mumbai, India.

Richard made a total recovery, got his beloved pilot’s license back, finished restoring his vintage bi-plane and sailed away from my life.  (We’ve chronicled Richard’s story in the series, The Diary of a Diabetic)

I stored the formula away in my mind and now, with the country in the midst of a Diabetic Epidemic, we decided it was time to bring it back, in all its glory.

And we have it for you today: DiaBesity is here!

Are You Addicted to Sugar?

If you are, you are not alone.  There are 6 easy to detect signs to know you are addicted – and possibly on your way to a diagnosis of diabetes.

Statistics tell us 60% of Americans have Diabetes in some shape, form or severity.  Even little kids have it now, thanks to our friends at Coke, Pepsi and McDonald’s – or McDiabetes!

What caused this to happen so suddenly?

“IT’S THE SUGAR, STUPID” – turned up as a graffiti slogan on a school in a run down part of Washington, D.C. I hope Michelle Obama sees it, as she has made obesity and its cause, Diabetes, her main mission in life!  She is passionate to save our children from a grim future death.

Is there hope? YES!

Some years back, I was an intimate part of the rescue process for a wonderful man, who was dying a certain death – gangrene and massive obesity.  We used a special formula I created just to treat him.

We’ve brought this formula back, and since its release, we’ve seen amazing successes.  People with diabetes are recovering!  People addicted to sugar are finding freedom!

Sit back and I’ll tell you about why this updated formula works faster, more efficiently and with zero side effects, compared to and without modern medicine or drugs.

It really is a matter of life and death.

The Washington Post recently reported a study confirming dramatic increases in diabetes rates.  Unfortunately, the United States saw the “steepest increase over the past three decades for men and the second steepest increase for women (behind Spain).”

“This is likely to be one of the defining features of global health in the coming decades,” said Majid Ezzati, an epidemiologist and bio-statistician at Imperial College London, who headed the study.” 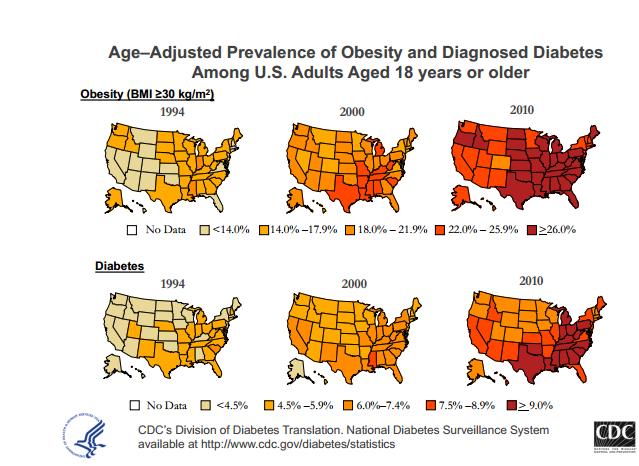 This new study strengthens the 2010 government report finding 1 in 10 adults – 23.6 million Americans – diabetes, and warned the figure is likely to triple to 1 in 3 over the next 40 years.

In addition, 79 million Americans have pre-diabetes, a condition where blood sugar levels are high but not enough to result in a diagnosis of diabetes. That’s 35% of adults over the age of 20!

Obesity is a major factor contributing to the onset of diabetes. Overweight people are 3 times more likely to develop diabetes than those who are not overweight.

Obesity and Diabetes are both massive secret epidemics, not only in the United States, but all over the world.  It is a time bomb ready to explode.

Facts are facts.  Either you or someone you know, is going to fall victim to obesity and probably diabetes.

With statistics like these, my original “DiaBesity” formula needed a brutal upgrade.